The tightened regulation of small consumer credit providers also affected the rest of the credit market – leasing companies, major consumer loans and other financial institutions. The loan portfolio has been shrinking, although residents have completed more leasing and credit applications during the first nine months of this year than at the same time last year.

Members of the Lithuanian Consumer Leasing and Credit Association (LVLKA), which occupy more than half of the non-bank credit market, signed 155 thousand USD with the population during Q1-Q3. contracts. That’s 31% less than a year earlier. LVLKA members provided $ 90 million in Q1-Q3. Loans, or 26% less than a year ago. In the rest of the non-bank leasing and consumer credit markets, the decline in financing is more pronounced, with a 71% decline in contracts and a 46% decline in new loan portfolios.

This year, market participants reject 62% of credit applications on average

down from an average of 58% a year ago. For the most part, the reasons for this are the overly stressed or bad credit history, unsustainable income and more. But lately, too often, we have to say no to the population and always insist on assessing the creditworthiness of the spouse. That is, regardless of whether the leasing asset is a new car for $ 20,000. USD, or a small item for USD 100, married residents must bring the second half to the point of sale and both complete the application. We believe that this is unreasonable for residents, merchants, and financial institutions, ”says Sharon Frolenko, Director of LVLKA.

According to him, the Consumer Credit Law passed in February tightened the playing field for all market participants. The originators of the amendments then declared their intention to tighten only short-term credits. Market participants, for their part, have repeatedly pointed out in the legislative phase that regulation misapplies the same principles for all types of consumer credit – leasing, consumer loans, credit cards, retail, and short-term credit. 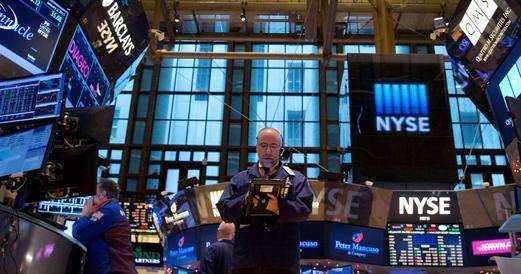 about the validity of the Stop Consumer Credit Register. Population since 2012 can be entered in the “I don’t want credit” register of non-creditors. More than 20 thousand people have registered there. population. The operation of the new register is analogous. And the business incurs additional costs before checking data in the new registry. On these and other issues, we are open and ready to seek dialogue with state institutions. However, a two-digit decline in funding in the face of economic growth, rising employment, workers’ salaries, and more credit applications is disproportionate.

Association companies this year I-III quarters has received 4% more leasing and credit applications than a year earlier.
According to a periodic study by the Sutpen family, the non-bank consumer leasing and the credit market is ≥60 days. late payment of contributions at 3-4% in 2015 of contracts signed. ≥60 days share of late payments between 2016 1-2% of contracts signed.