According to to a statement on Medium by Thogori Karago, Phillip destroyed an AirBnb she had rented and immediately began to be unruly. Thogori was apparently hosting friends and family for a post-wedding event for his brother and wife when the incident happened.

According to Thogori, Phillip Gate crashed their AirBnb and became abusive while insisting that they had to leave the premises. walking away as he continued to shout abusive and racist verbal words insulting me and my friends. Afterward, he realized that he was being recorded by several people throwing verbally offensive language and he started attacking – pushing and hitting those who were trying to protect themselves ”.

She added that “the man kept cursing and threatening physical assault using words such as ‘I’m going to kill you’ and ‘fuck you’ repeatedly and shouted calling the police. diplomatic. He then used several objects around him to attack us and destroy personal property located in the porch area without provocation. He also went to get his guard dog and brought him to our property to try to use him against us ”.

According to his LinkedIn account, Philip is a public health supply chain management professional. He is the Regional Supply and Logistics Officer at UNICEF based in Nairobi.

The assault and abuse have apparently been reported to police, but no action has yet been taken against Philip. Her employer, UNICEF, has yet to respond. 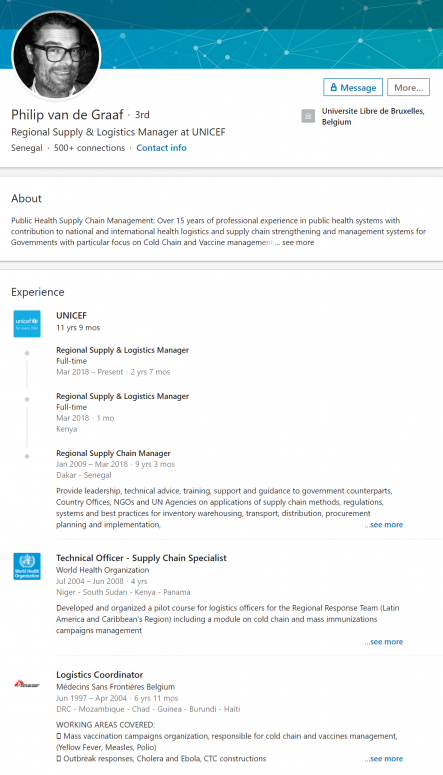 Here are the videos of the assault.